Why Jury Selection is CRUCIAL to Winning a Case? 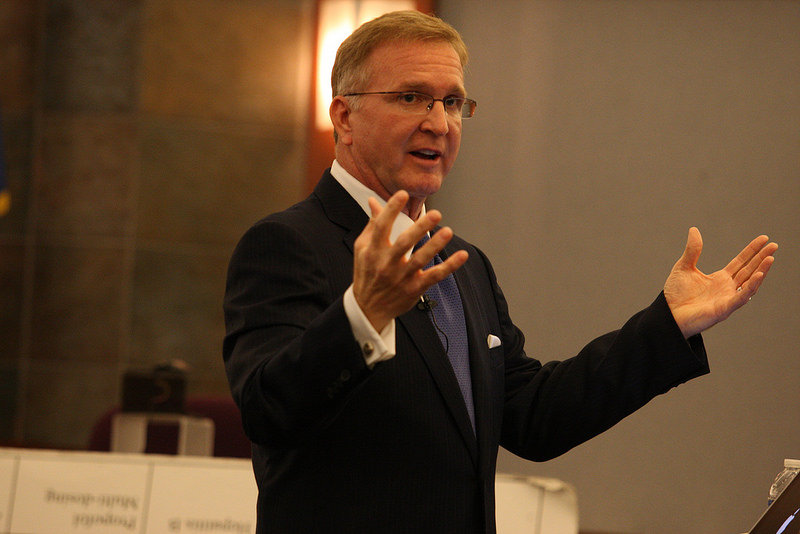 Trial lawyers all have different ideas as to what wins cases. Some say the key to winning trials is the opening statement, others will tell you it’s the closing argument or the cross-examination of the expert witnesses or the direct examination of your client or cross examination of opposing party. While these are important, I’m here to tell you that the number one most important part of trial and what is absolutely critical to getting a verdict in your favor without exception is jury selection.

The reason that jury selection is the most important, most critical part of trial is because if you don’t have a completely fair and impartial jury — and I mean each and every single person in a jury seat in that jury box — if you don’t have that, then there is a strong likelihood that you’ve lost the case before it even begins. Each and every juror must be completely fair and honestly willing to follow the instructions of the court and not just say they are going to follow the instructions, like most people will do. It is of the utmost importance to have jurors that are genuinely committed to follow the instructions of the court, follow the law, and who are committed to make the decision in a case based on the evidence that is presented to them in the courtroom and only the evidence that is presented in the courtroom without allowing outside factors to influence them. These outside factors can be public opinion, views of others or their own views and attitudes. For instance, if a juror has strong, personal feelings about personal injury cases you will want to know that if you are trying a personal injury case. If you are defending a large pharmaceutical company, you need to know if they have any personal feelings about the pharmaceutical industry. If you are representing a catastrophically injured person where you are going to be asking for significant amounts of money in compensation and possibly even punitive damages you need to be aware that a lot of people have personal biases against large verdicts. They think they have a negative effect on business, they think they raise their insurance rates, and that they have a negative effect on society. There are people out there who think that everyone who is a plaintiff in a personal injury case is somehow faking or trying to gain the system.

Jury selection is the only opportunity you have to uncover the views, attitudes, beliefs and/or life experiences of these potential jurors. If you do not get this information out during jury selection you can be sure that it will come out, but where this information will be revealed will be when the case has been presented to the jury and the jury goes back to the deliberation room! Then all of a sudden these biases that you were afraid to have come out during jury selection for fear it might taint other jurors is going to come out during deliberations –when you’re not there and no longer have control over the outcome. A biased juror can persuade other jurors to make a decision based on the reasons they believe rather than based on the evidence presented during trial. What you have then is a decision based on some juror’s own personal bias, personal experiences, or personal viewpoints on how the law should be or how these kind of cases should end, rather than based on the evidence presented in a court of law. This is why it is crucial to uncover negative views and beliefs during the jury selection process or you run the risk of having a juror on your case that is biased or prejudiced against your client. It only takes one juror to taint the jury pool for your client to not get a fair trial.

Why do I feel so strongly about this? Why am I such a firm believer that jury selection is the number one most important component of a trial?

My story will explain why.

Over a dozen years ago, I was trying what I think most people would characterize as the unlosable case. There was no way to lose this case. It was a medical malpractice case and I was representing a woman who, as a result of the medical malpractice of her doctor had been turned into a quadriplegic. I had an MRI of her neck, her cervical (upper) spine that was taken four days before she saw this doctor who was an anesthesiologist who was dabbling in pain management and he did an epidural on her. I also had an MRI of her cervical spine taken two days after this procedure. The MRI before the procedure was completely clean; there was nothing wrong with her cervical spine other than some age related changes – she had some slight stenosis in her cervical spine.

The MRI taken four days later showed that he had stabbed her in her spinal cord with the needle turning her into a quadriplegic. There was just no question about it. In fact, during this case I got the defendant on the stand to admit that the way in which he performed the epidural fell below the standard of care. I got the defendant’s expert to admit that the way the defendant performed the epidural fell below the standard of care. How do you lose this case? You can’t lose this case, right? Well, I got a defense verdict. I lost the case. This experience had such a dramatic effect on me that I actually quit the practice of law. I told myself, ‘I cannot do this anymore if these are the kind of things that are going to happen.’

So I quit. It took me weeks, months actually, to pull myself together and resolve that I would never ever let this happen to me again. I would never let this happen to one of my clients again. What exactly happened during that case? What happened is that I left a young woman on that jury who was 22 years old without much advanced education. She was relatively quiet during jury selection. I didn’t use the tactics and the strategies I now have and have developed for jury selection because I didn’t know about them back then. But I left her on the jury and it turns out, I had a stealth juror. She was a medical assistant, worked in a doctor’s office and she went back to the deliberation rooms, spread the MRIs out on the table and convinced the rest of the jury that she knew how to read MRIs and convinced them that this was age-related, a degenerative process that occurred in my client and it had nothing to do with the doctor. It was a ridiculous conclusion but that’s the conclusion the jury came to in this case all because I left this woman, who was so dangerous to my client’s case, on that jury. From that day forward I swore, I made a promise to myself, that I would never ever let something like that happen to one of my clients again.

So I went on a mission to learn and to educate myself on every aspect imaginable regarding jury selection. I swear I read every book, I went to every seminar, and I went even beyond just the books and seminars on jury selection. I actually studied human behavior, I studied how people make decisions, I studied how groups make decisions, how different sized groups make decisions, how leaders and different types of leaders can affect the decision making of groups. I studied how quickly people make decisions, what types of things help them make decisions. Once they make a decision, how easy it is or how hard it is to change their mind. I studied all of these things, the psychology, the psychiatry, everything involved in human behavior that would affect jury deliberation and how juries receive information, I learned everything there was and spent years and years studying this. Every free moment I had, this is what I did! Then after I had gathered all of this information, I created a method, my own strategy for conducting jury selection that I now use and have been using and implementing for over twelve years, since losing that case. I call it my “playbook” and without fail, I take the time to prepare this playbook and implement this approach to jury selection for each and every case. Having a strong jury selection strategy has helped me win over 97% of my cases that have gone to trial.

How do you get the information you need from your potential jurors to ensure you make the right selection?

As a trial lawyer, if you stand up in front of the jury during voir dire and you try to persuade them in any way that your side of the case is correct, or you try to advocate for your client during the voir dire process, the jury is going to shut down, fold their arms, look away, and they won’t engage you. They’ll give you very short, succinct answers and you will not get the information you need and that is vital for you to make your decisions regarding how to select this jury. It is the worst thing you can do, particularly at the beginning of voir dire however, I don’t recommend doing it during any part of voir dire. If you do, you will see the jury shut down as they think to themselves, ‘Oh here’s another lawyer trying to argue that their position is right.’ Instead, you must engage the jury in a conversation.

When you are in voir dire with a jury, never advocate, never persuade, never disagree with what a potential juror is saying, never. Just listen to what they have to say and keep eye contact with them. Have a conversation with them. When in front of a jury conducting voir dire, imagine that you are sitting around the kitchen table talking to your family, talking to your friends. You’re looking at them, you’re engaging in conversation with them, you’re learning things about them, you’re listening to them, listening to stories and above all, not acting like a lawyer. This is the type of approach to bring to voir dire. If you bring the approach that most trial lawyers do, i.e. that this is your first chance to get up in front of the jury and try to persuade them toward your side of the case you are making a huge mistake. When conducting voir dire you cannot do that. If you do you are destroying your ability to get the information you need in order to make intelligent decisions regarding the jury selection process.