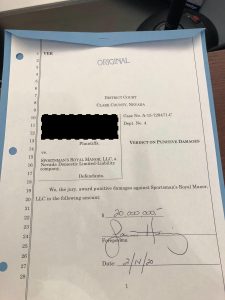 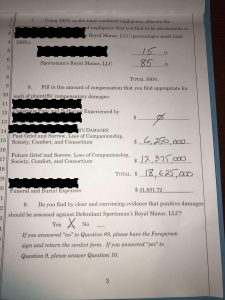 Trial lawyer Benjamin P. Cloward, Esq., based in Las Vegas, NV successfully won a challenging negligent security case for the wrongful death of a young 23-year-old, who was shot and killed at an apartment complex.  He was shot by gang members. The deceased had arrived just 10-15 minutes before being shot and was there to visit a girlfriend. Although the deceased was was a respectable young man who was achieving many goals in life including advancing in rank multiple times in the Nevada Army National Guard, the jury pool could have easily been biased against him because the apartment complex was known for criminal activity.
We conducted virtual focus groups and provided input on the Supplemental Jury Questionnaire (SJQ). With that data in the aggregate analysis of the jury pool’s SJQ responses showed clear psychographic patterns regarding who would make the best juror in this case, and it is not always who you might expect.

Many lawyers rely on simple or limited data such as demographics, intuition, and gut reactions to select their jurors. This can work some of the time, but why not use all the data available to you by conducting virtual focus groups and analysis of jury pools’ SJQ responses? In this case, the ideal juror was not say a young, liberal female. In fact, demographics other than socioeconomic status were not predictive of liability or damages in the virtual jury groups. The ideal juror was more sensitive and higher in agreeableness and conscientiousness, but lower in authoritarianism.