Arizona Eliminates Peremptory Challenges in all Jury Trials — What does that mean for your Civil Procedure? 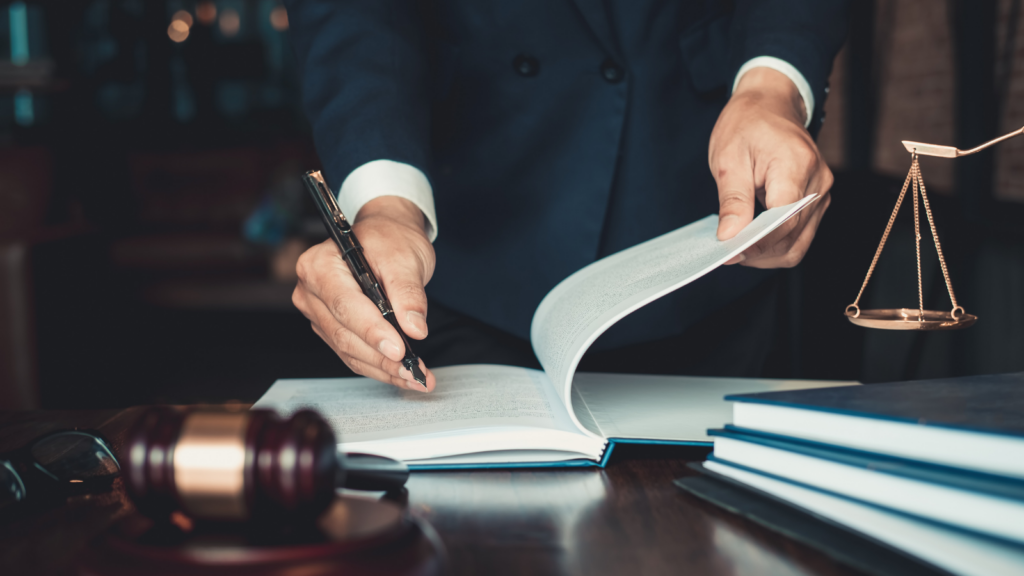 Arizona is the first state to eliminate peremptory challenges in all jury trials. The new law comes after a petition from a group of appellate judges and has recently been approved by the Arizona Supreme Court. The law is set to take effect on January 1st, 2022. What will the end of peremptory challenges mean for your practice?

What are peremptory challenges?

Peremptory challenges are an integral part of the jury selection, or rather, the jury deselection process. When a case goes to trial, the court initially assembles a large pool of potential jurors. The pool is then trimmed down through a procedure called Voir Dire, in which trial attorneys ask prospective jurors questions about their attitudes and experiences relevant to the case. The process gives both the plaintiff and the defense attorney the opportunity to strike a particular juror from the jury pool if they have reason to doubt their impartiality.

Attorneys have two avenues open to them in the jury selection process. They can strike jurors “for cause”. Challenges for cause are approved if the attorney can make an argument for why a juror would be biased. This could involve glaringly obvious sources of bias, such as the juror being personally involved or related to one of the parties in the case, or it could be based on an explicit statement a prospective juror makes, which indicates they are biased in favor of one of the parties.

The end of peremptory challenges

Peremptory challenges have been around since the 19th century—a hold-over from British law—but they have always drawn criticism.

Critics mostly point to evidence of widespread race-based discrimination, which is expressed in the fact that people of color are disproportionately often eliminated from jury pools. Research has generally supported this criticism. For instance, a study analyzing trials in North Carolina over several decades has found that Black jurors were more than twice as likely to be excluded from jury pools than white jurors. Responding to this criticism, restrictions have been placed on peremptory challenges to prevent race-based discrimination. A landmark US Supreme Court case in 1986, Batson v. Kentucky, decided that peremptory strikes cannot be based solely on a prospective juror’s race.

While the rule is simple in theory, Batson is notoriously difficult to enforce. Enacting the rule takes a three-step process. First, the party that opposes a given peremptory challenge must establish a prima facie case of race-based discrimination. In other words, they have to make the argument that the strike was based solely on the juror’s race. Then, the party that has proposed the strike needs to provide a race-neutral explanation for their decision. In step 3, a judge has to prove that this explanation is not in fact race-neutral. It is extremely difficult to prove that race was, or wasn’t, a factor in someone’s decision making, especially since racial prejudices and discriminatory behavior aren’t always explicit or intentional. Racial stereotypes can bias our character judgments without our awareness. 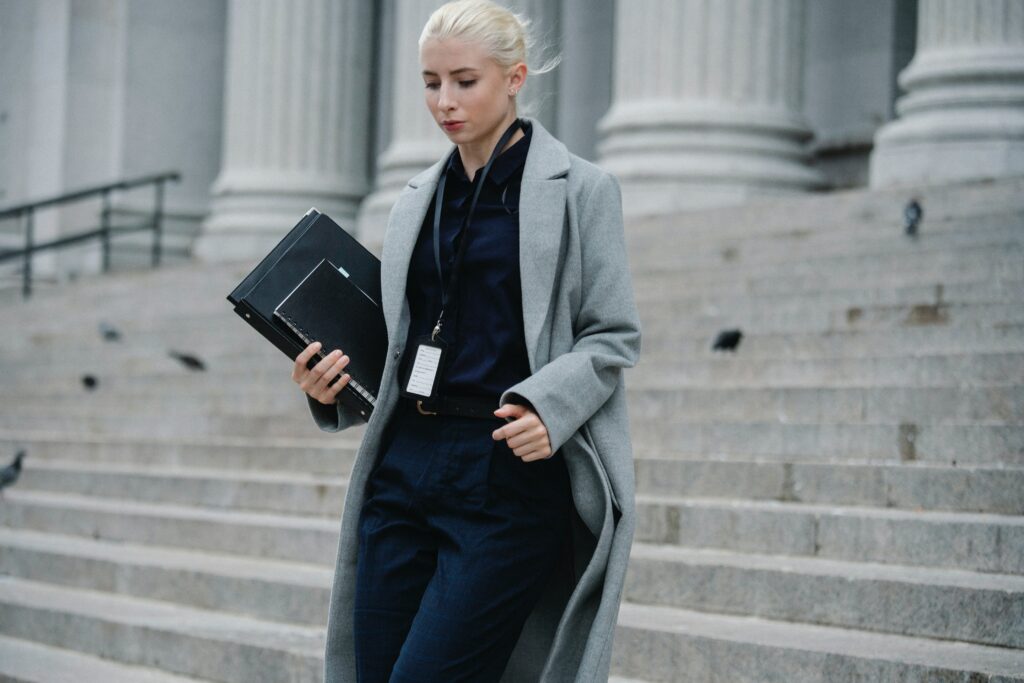 The pros and cons of eliminating peremptory challenges

The elimination of peremptory challenges has prominent supporters, although not everyone welcomes the rule change. Proponents of the new Arizona law argue that peremptory challenges are simply too often misused. They say jury selection has become a “chess game” between prosecutors and defense attorneys. This argument has been made for some time. In fact, nearly two decades before the recent rule change by the Arizona Supreme Court, Justice Thurgood Marshall wrote a famous opinion in which he called to eliminate peremptory challenges in order to create a fairer jury selection process. This influential opinion was cited in the petition that led to the new law.

On the other side, you have attorneys who see peremptory challenges as a constitutional right, and an important tool to screen out biased jurors. In their opinion, the peremptory challenge system exists precisely to overcome obstacles to a fair trial. They argue it is difficult to prove that a juror is biased through direct questions and answers. Sometimes all they have to rely on is a hunch or a subjective impression that a given prospective juror is prejudiced towards one party.

Their impression could be based on subtle cues about a prospective juror’s demeanor that show the wording of their answer to a question, a noticeable pause, a person’s body language, or facial expression. It is next to impossible to use this type of subjective information to make an argument in a challenge for cause. To strike a prospective juror for cause, you need an explicit statement from the juror that unambiguously proves their impartiality. As Maricopa County prosecutor Kenneth Vick explains, “expecting a prospective juror to candidly admit that they cannot be fair is not realistic.”

The elimination of peremptory challenges has been a long time coming. Being the first state to make this rule change, Arizona is setting a precedent that will serve as an interesting experiment in justice for all other states. Many lawmakers and judges will keep a keen eye on Arizona and study the consequences of the Supreme Court’s decision for criminal and civil trials over the next months and years. If the change delivers on the promise to produce more diverse and representative jury pools, it is likely judges and prosecutors in other states will want to follow Arizona’s example to fight purposeful discrimination in jury selection procedures in their state.

What does the new law mean for future civil cases and criminal trials?

The elimination of peremptory challenges by the Arizona Supreme Court affects both parties in any criminal trial or civil case in the state, but it could disproportionately affect defendants. This is because, in some jurisdictions, the party representing the defendants is often granted a greater number of peremptory challenges. In these cases, the new regulation could even the playing field and achieve greater justice for Plaintiffs.

The rule change could also markedly change the Voir Dire procedure. The big question is, how? Once peremptory challenges end definitively, challenges for cause could become a much more important tool in the jury selection process. For trial attorneys, this could mean they need to place a lot more emphasis on developing strong diagnostic questions to be able to make an unambiguous argument that a potential juror holds views that introduce obvious sources of bias. Some expect that the question-and-answer procedure will become a whole lot longer as a result.

The elimination of peremptory challenges could also elevate the relevance of the Supplemental Jury Questionnaire (SJQ). Because an SJQ can be given to a pool of prospective jurors before they are even called to assemble in court, moving more questions from the in-person interview to the SJQ is a way to speed up the jury selection process. Whether SJQs become more prevalent in Arizona as a result of the Supreme Court decision may differ from jurisdiction to jurisdiction and from judge to judge.

Chicago trial attorney Jason Fura, who has represented both Plaintiff and Defendants in large wrongful death cases, sees the changing attitudes about peremptory challenges gaining traction nationwide. His thoughts are that “the potential elimination of peremptory challenges, combined with more time limits on Voir Dire, really elevates the importance of persuading trial courts to adopt more comprehensive SJQs to ferret out bias.” SJQs along with jury consultants provide the best options for selecting a jury that is fair to his clients.

Other changes to the procedures of civil trials and criminal cases could follow after the elimination of peremptory challenges. Arizona is currently putting together a task force that will be in charge of working out possible changes to the current process by which potential jurors can be removed for cause. Thus, much is still unknown about how the end of peremptory challenges will change our legal landscape.