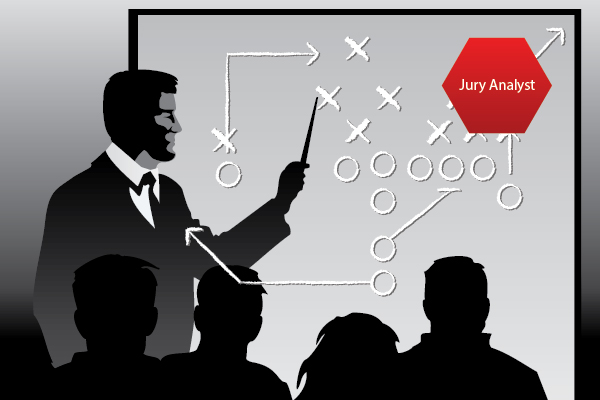 Jury Analyst hosted the Get in the Game Live Seminar with Robert Eglet, 2013 National Trial Lawyer of the Year. During this successful two hour event held in downtown Las Vegas, Nevada, Robert gave away key jury selection and voir dire strategies, plus a first-time ever revealed framework for trial success that he calls his playbook.

This winning playbook method that Robert Eglet employs, is prepared and used each and every time he has a case go to trial. It involves intensive pre-trial preparation and planning to achieve trial success every time. In this live seminar, Robert stressed the importance of jury selection saying, “it’s the single most important part to winning your case…more important than opening statements, more important than closing arguments.” He also explained the importance of “taking the time and having the knowledge, as well as patience, to plan and create a pre-trial strategy, which is critical to your success in the courtroom.”

During the seminar, Robert elaborated on each of the steps in his playbook, explaining “it’s almost like a checklist.” Further explaining, “no playbook is ever the same…it varies from case to case depending on the type of case and the players involved. For example, is this a large multinational corporation we’re suing in a product manufacturing case where their drug produced significant injuries? Is this a case where the judge is going to allow into evidence whether the FDA has approved the drug or will he/she exclude that from the evidence? How have the pretrial motions affected what evidence will be presented?

Answers to questions like these vary depending on the jurisdiction you are in and which judge you have. You must know all of these case aspects before you start jury selection and how this information will be used in order to craft your written questions as well as your voir dire strategy.”

During the seminar Robert expressed that he has seen both experienced and inexperienced trial lawyers come to trial inadequately prepared for voir dire and jury selection and try to wing it. He stressed how damaging this could be stating, “you cannot be ill-prepared at such a crucial stage. It’s the preparation and planning that you put into voir dire and jury selection that could make or break your case.”

He continued by explaining an event that involved a damaging juror he had let onto his panel and how that mistake changed the course of his life and career. “Everything I knew and thought I knew about jury selection changed from that point forward. I became a tireless expert on jury selection, human behavior and psychology…everything needed to never let this mistake happen again, EVER,” stated Robert. This is what prompted him to developed a method for trial success and from that day forward has won over 97% of all his cases brought to trial.

Robert also gave some insight into the new Jury Analyst app and managed solution services, and how this new technology will facilitate jury selection by helping develop and automate jury questionnaires, provide a weighting system of jurors, help with social media and other searches in prepping for jury selection, store data and results of past cases, and more.

Seminar attendees received a Playbook Outline and various exclusive materials and downloads that haven’t been made available anywhere else. Jury Analyst also offered Nevada CLE credits for this seminar, a certificate of completion and a network event following for one-on-one chats with Mr. Eglet.

If you are interested in being kept in the loop on this and future seminars from Jury Analyst and Robert Eglet → Subscribe Now.